The full story is below:

On Point for College Director of Utica highlights the hard work and determination of Cesar Figueroa, a recent college graduate #IamaMigrant

Cesar Figueroa exemplifies the barriers faced by many On Point for College students. Raised by five in aunts in a small village in El Salvador, Cesar was one of only three students from his middle school to continue on to high school. Getting to school required waking up at 5 am each day for a cold outdoor shower, followed by a fifteen minute walk to an hour-long bus ride to the nearby city of Metapan, where his school was located. Getting home wasn’t any easier; and it wasn’t until 8 pm most nights that Cesar was able to start his homework. Cesar did manage to graduate from high school and spent the next year earning $5 a day.

In December 2012, Cesar received a call from his mother who had emigrated to the United States when he was two, asking if he wanted to join her in the U.S. He still remembers the call perfectly, right down to the excitement he felt about moving to a new place and the anxiety he felt about leaving his friends and family behind.

Upon arriving in Utica, New York in January 2013, Cesar enrolled in an English as a Second Language (ESL) Level 1 course at the Oneida-Herkimer-Madison BOCES and road his bicycle to the Mohawk Valley Resource Center For Refugees every Monday and Wednesday, where he spent six hours a day, working to improve his English skills. Cesar was determined to succeed and be able to provide for himself financially, even if the immigration and citizenship process took seven years.

Shortly after he arrived in the U.S., Cesar’s mother reconnected with On Point for College Utica Director, Kevin Marken, who she had met when he was working at Stanley Theater. Together, they talked about Cesar and his options for obtaining a college education. With Kevin’s encouragement, Cesar’s mother brought him to On Point to get help with his financial aid and college applications. With On Point’s support, Cesar managed to complete his ESL certificate, enroll at Mohawk Valley Community College (MVCC) and become the first person in his family to attend college – all within a year of arriving in the U.S.

At MVCC, Cesar has discovered a passion for art and welding which inspired him to major in art and technology. Today, he works as a technical assistant in the campus welding shop, teaching children and adults how to weld. He hopes to one day become a certified welding instructor. Now in his sixth semester at MVCC, Cesar has begun studying other artistic mediums, including painting and sculpture. One of his works (a welded chair) recently sold at Sculpture Space for $250. He’s made the MVCC President’s list for students with GPAs over 3.5 twice and the Vice President’s list for students with GPAs over 3.0 three times. He has also earned three merit scholarships allowing him to continue school, and was honored as an On Point for College Student Star in 2015. On Thursday, December 15th Cesar will receive his Associate Degree in Occupational Studies in addition to the ESL Certification he previously earned.

Cesar’s academic success is both a reflection of his potential and a result of the help he’s received from On Point for College, which he credits with helping him “to build a new life in America.” 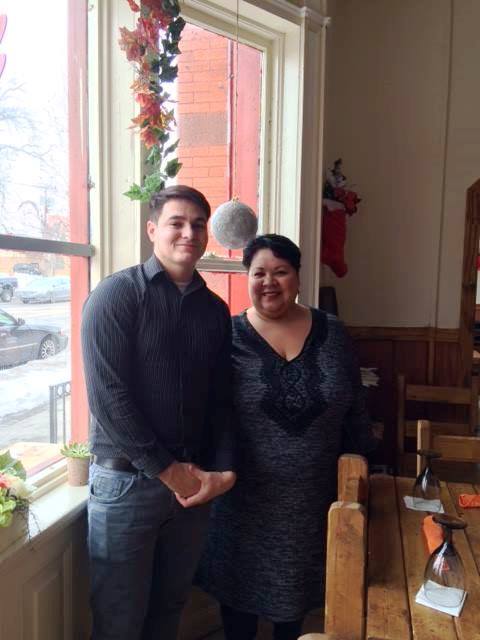