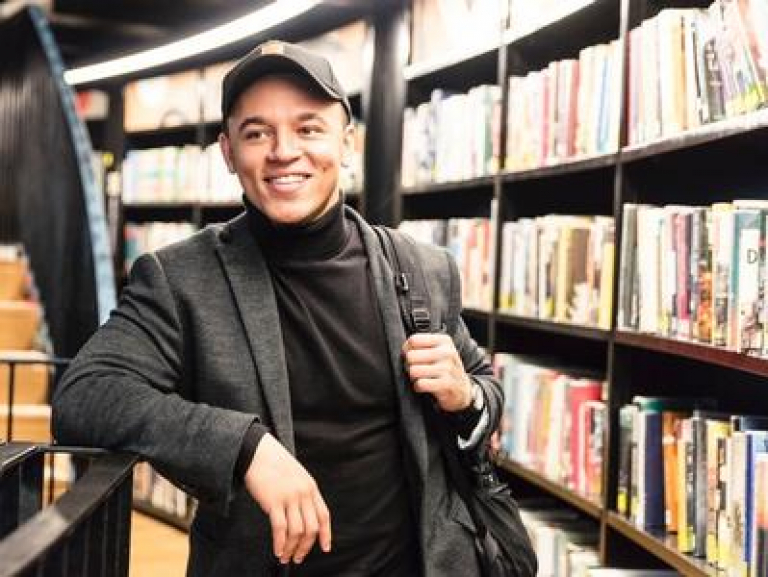 2018 has been a banner year On Point for College Utica student Marquis Palmer. In March, he received word that he would be awarded the prestigious Thomas J. Watson Fellowship, a one-year grant for purposeful, independent exploration outside the United States. Palmer will spend his year abroad studying skateboarding communities in Germany, Argentina, Spain, Japan.

In May, the philosophy major was elected to the prestigious honor society, Phi Beta Kappa, and received a Fulbright English Teaching Assistantship to the Czech Republic. Just this past weekend Palmer was awarded the James Soper Merrill Prize, which is presented to a member of the Hamilton College graduating class "who, in character and influence, has typified the highest ideals of the College." As a part of that prize, Palmer gave the student commencement speech which can be viewed here.